There are shades of the Seine on the banks of Aurajoki river as the Turku Philharmonic presents a programme of French music from the turn of the 20th century under Alexandre Bloch, returning for a second appearance with the orchestra. Poulenc’s lilting and rhythmic Sinfonietta forms a natural pair with the temperamental Symphony of Igor Stravinsky, who also used to live in France. Liza Kerob performs two lovely, lyrical works: Rêverie et Caprice by Berlioz and Poème by Chausson. Kerob has recorded the Berlioz with the Monte Carlo Philharmonic. 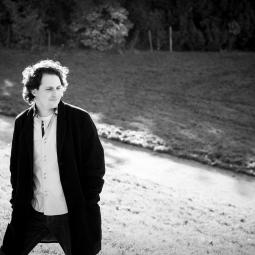 French-born Alexandre Bloch assumed the position of Music Director of Orchestre National de Lille at the start of the 2016/17 season and has been Principal Guest Conductor of Düsseldorfer Symphoniker since September 2015.

Plans for the 2019/20 season with Lille include performances at the Bucharest Festival and the continuation of their Mahler Cycle (Symphonies 6, 7, 8 and 9) in Lille. The partnership’s strong commitment to contemporary music continues, including a new co-commission with the London Philharmonic Orchestra of a new work by celebrated Finnish composer Magnus Lindberg.

Shortly after his Donatella Flick Competition success in 2012 he made his debut with Royal Concertgebouw Orchestra, replacing Mariss Jansons at short notice to conduct three performances including Richard Strauss’ Tod und Verklärung and a Jörg Widmann commission for large orchestra.

Born in 1985, Alexandre first graduated with diplomas in cello performance, harmony and conducting. He then entered the Conservatoire National Supérieur de Musique et de Danse de Paris, to further his studies in composition and conducting. In 2012, he completed his Master’s Degree in Conducting in the studio of Zsolt Nagy, prior to gaining a Diploma and the Sir John Zochonis Junior Fellowship (2012/13 season) at the Royal Northern College of Music. 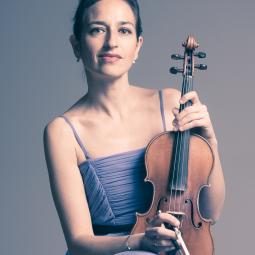 The same year, she entered the Curtis Institute of Music in Philadelphia, in Aaron Rosand’s class. She left in 1996 with a Bachelor’s degree, then continued her musical studies at the Juilliard School in New York in Glenn Dicterow’s class, where she gained a Master’s in 1998. She developed with renowned soloists and professors such as Eduard Schmieder, Hermann Krebbers, Erik Friedmann, Felix Galimir and Viktor Danchenko.

In 2013, she founded the Trio Goldberg, and the 3 musicians realised a recording of Bach famous « Goldberg Variations », in the transcription for string trio by Dmitry Sitkovetski, and the trio was right away invited by numerous festivals such as the Folle Journée of Nantes, of Ekaterinnourg, of Varsovie, the festival de Chaillol and the Musée d’Orsay.

The Trio Goldberg recorded a second cd in 2018, named « De l’Ombre à la Lumière », including works by G. Klein, M. Weinberg, J. Cras an E.v. Dohnanyi. This cd was highly praised by French and international critics. As a soloist, Liza Kerob recorded Berlioz’s « Rêverie et Caprice » with the Monte_Carlo Orchestra under the direction of Kazuki Yamada in 2017, and the Bacalov’s Concerto Grosso under the direction of Luis Bacalov. This cd will be released in winter 2019. Liza Kerob plays on a violin made by Battista Gabbrielli in Florence in 1754, which is lent to her by a private Swiss collection.

Francis Poulenx
Sinfonietta
Get to know the piece