All-round musician Yehuda Gilad – clarinettist, conductor and teacher – visits Turku with a programme heavy on winds. Olli Leppäniemi, a student of Gilad’s and the first Finnish winner of the distinguished international Carl Nielsen Clarinet Competition in 2009, performs Mozart’s breezy and jovial Clarinet Concerto. The programme begins with a youthful work by Richard Strauss and concludes with a soothing Serenade by Brahms. 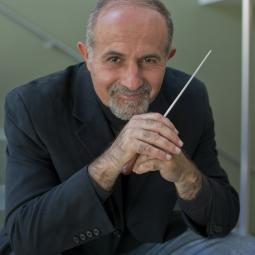 As active guest conductor, his appearances have garnered critical acclaim in the United States, Asia and Europe. In 1987, he became the first Israeli-born conductor to perform in China. Over the course of his career, he has collaborated with many leading artists, including Gil Shaham, Joshua Bell, Sarah Chang, Pepe Romero, Joseph Kalichstein, Vladimir Feltsman, and Ann Marie McDermott.

A renowned teacher, Gilad has developed one of the most sought-after clarinet studios in the United States. His students also include prizewinners at many top competitions.

In addition to his positions as professor of music at the University of Southern California and master teacher and founder of the Colburn Conservatory of Music, Gilad is regularly invited to present master classes and performances at music conservatories and festivals worldwide.

Born and raised on a kibbutz in Israel, Gilad began his musical education at the age of 16. Following his conservatory studies, he emigrated to the United States in 1975 to further his education. His former teachers include Giora Feidman, Mitchell Lurie and Herbert Zipper. 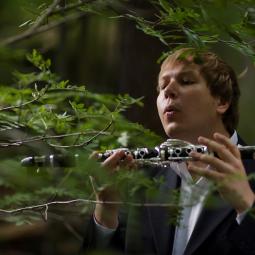