Happy birthday, Ludwig! The year 2020 marks the 250th anniversary of the birth of Ludwig van Beethoven. Julian Rachlin conducts a celebratory programme of three of Beethoven’s landmark works. The Overture to the ballet The Creatures of Prometheus forms a lively start to the evening. Pianist Denis Kozhukin, winner of the Queen Elizabeth Competition in 2010, gets to display his brilliance in Beethoven’s heroic last Piano Concerto, while the lovely, pure harmonies of the Pastoral Symphony transport the listener to Beethoven’s favourite place: the countryside. 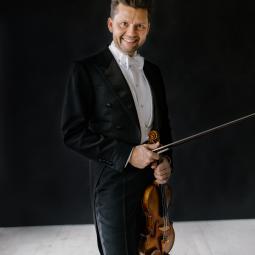 Violinist, violist and conductor Julian Rachlin is one of the most exciting and respected musicians of our time. Throughout the first thirty years of his career, he performed as soloist with the world’s leading conductors and orchestras. More recently, he has established himself as a widely acclaimed conductor, recognized for his dynamic style and vibrant interpretations, and today enjoys an ever-growing presence on the international stage. He is Principal Guest Conductor of the Royal Northern Sinfonia, Turku Philharmonic Orchestra and Kristiansand Symphony Orchestra.

Born in Lithuania, Mr. Rachlin immigrated to Vienna in 1978. He studied violin with Boris Kuschnir at the Vienna Conservatory and with Pinchas Zukerman. After winning the "Young Musician of the Year" Award at the Eurovision Competition in 1988, he became the youngest soloist ever to play with the Vienna Philharmonic, debuting under Riccardo Muti. At the recommendation of Mariss Jansons, Mr. Rachlin studied conducting with Sophie Rachlin. Since September 1999, he is on the violin faculty at the Music and Arts University of the City of Vienna. His recordings for Sony Classical, Warner Classics and Deutsche Grammophon have been met with great acclaim. Mr. Rachlin, a UNICEF Goodwill Ambassador, is committed to educational outreach and charity work.

Julian Rachlin plays the 1704 "ex Liebig" Stradivari and a 1785 Lorenzo Storioni viola, on loan to him courtesy of the Dkfm. Angelika Prokopp Privatstiftung. His strings are kindly sponsored by Thomastik-Infeld. 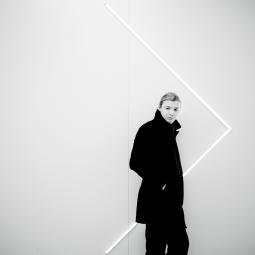 Winner of the First Prize in the 2010 Queen Elisabeth Competition in Brussels at the age of 23, Denis Kozhukhin has established himself as one of the greatest pianists of his generation.

The 19/20 season brings the debuts with the Orchestre National de France, Rotterdam Philharmonic, LACO. He will also appear in solo recital at the Boulez Saal, International Piano Series at Southbank Centre, Aix-en-Provence Festival, Lille Piano Festival, Chicago Symphony Hall, and will tour with Janine Jansen, appearing as duo in Europe and Asia.

His latest recording for the label Pentatone, featuring a selection of Felix Mendelssohn’s Songs without words and Edvard Grieg’s Lyric Pieces, was released on April 2019, being received with rave reviews and selected Gramophone’s “Album of the month”.