Danish accordion virtuoso Bjarke Mogensen has a well-established presence on the world’s concert scene. In 2012, he won 1st prize at the New Talent competition of the European Broadcasting Union. Sound and Simplicity by his compatriot Poul Ruders was written specifically for Mogensen and is now performed in Finland for the first time. Christian Kluxen, already well known to Turku audiences, begins the evening with Debussy’s iconic tone poem and concludes with Stravinsky’s snapping and crackling Petrouchka. 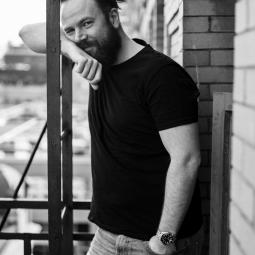 Christian Kluxen is Music Director of the Victoria Symphony in Canada and Chief Conductor of the Arctic Philharmonic in Norway. Former Assistant Conductor at the Royal Scottish National Orchestra, Kluxen went on to become Dudamel Fellow at the Los Angeles Philharmonic in the 14/15 season, acting as assistant conductor to Gustavo Dudamel and Esa-Pekka Salonen.

Kluxen has worked with many significant orchestras across Europe, including the London Philharmonic, Royal Philharmonic, Gothenburg Symphony, and Netherlands Philharmonic orchestras. In May 2019 he stepped in at short notice for concerts with the Danish National Symphony Orchestra, broadcast live on Danish Radio.

The current season sees debuts with the Oregon Symphony, Bremer Philharmoniker, Munich Chamber Orchestra, the Symphony Orchestra of NorrlandsOperan and the National Youth Orchestras of Scotland.

On the opera stage, Kluxen conducted a critically acclaimed tour of Madama Butterfly with Danish National Opera in 2016, followed by his Komische Oper debut conducting Die Zauberflöte. In 2017, Kluxen led highly successful performances of Die Fledermaus with the Aarhus Symphony and Ariadne auf Naxos with Arctic Opera and Philharmonic. Following celebrated performances of Carmen at Opera Hedeland in summer 2019, he reprises Bizet’s masterpiece in Norway with Arctic Opera and Philharmonic.

Born in 1981 in Copenhagen to Danish-German parents, Kluxen’s connections with his home country maintain a meaningful place in his career; he has worked extensively throughout Denmark, including with the Copenhagen Philharmonic orchestra. He has also received several important prizes in Denmark, and in 2016 was nominated by the International Opera Awards as "Young Conductor of the Year". 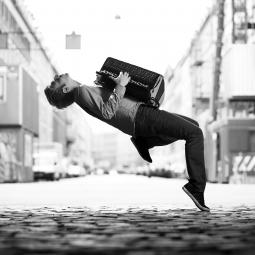 Already during his student years, Bjarke Mogensen had his solo debut-recital at Weill Recital Hall at Carnegie Hall, New York and performed in European venues such as the Concertgebouw in Amsterdam and Barbican Hall, London.

He has performed chamber music in duo with among others violinist Gidon Kremer, violist Tatjana Masurenko and cellist Andreas Brantelid. As a soloist he has worked with orchestras such as the Moscow Virtuosi, Kremerata Baltica, Slovak State Philharmonic Orchestra, The Tiroler Symphony Orchestra, the Danish National Symphony Orchestra, Prague Radio Orchestra and the Copenhagen Philharmonic.

Bjarke Mogensen plays the Mythos Accordion No.5 often described as the Stradivarius of the accordion. He is also among the very few accordionists in the world who plays the quarter tonal accordion, an instrument which was custom made in Italy. Bjarke Mogensen graduated from the soloist class at the Royal Danish Academy of Music, where he now is an associate professor of accordion and chamber music.

Future engagements include the Canadian, Finnish and Russian premiere of Danish composer Poul Ruders’ accordion concerto Sound and Simplicity. Yet another grand new work for the accordion written for and dedicated to Bjarke Mogensen.