The spring begins with a grand symphonic feast from Vienna. Beethoven’s splendid Triple Concerto is performed by a close-knit trio of musicians who excel at their respective instruments: Baiba Skride, Harriet Krijgh and Lauma Skride. They will perform the Concerto also in Prague and record it in Hannover. This attractive and melodious work opens our celebration of the 250th anniversary of Beethoven’s birth. Bruckner is known above all for his symphonies; his Symphony no. 2 forms a monumental and fitting conclusion to this concert conducted by Andreas Spering. 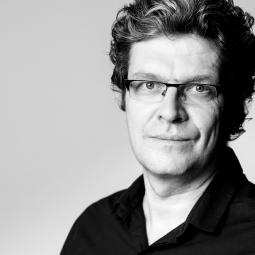 Andreas Spering is one of the leading European early music specialists and well sought-after for his expertise in historically informed playing. Highlights of his season 2019/20 include a last minute step-in with the Mozarteumorchester Salzburg with an all Beethoven programme, his debut with Turku Philhamonic Orchestra, a new production of ‘Le nozze di Figaro’ at the Opéra National de Lorraine, as well as concerts with Filharmonia Poznańska and the Beethoven Orchester Bonn.

Andreas Spering has conducted the great Mozart operas and a number of works by Handel, along with Beethoven’s ‘Fidelio’ and Weber’s ‘Freischütz’, as well as ‘Don Giovanni’ and ‘La finta giardiniera’ and Wagner’s ‘Das Rheingold’. In 2018, he opened the 40th anniversary season of the Handel Festspiele Karlsruhe with an acclaimed production of ‘Alcina’.

His artistic outlook was decisively influenced by Gerd Zacher, as well as by Reinhard Goebel and his renowned ensemble Musica Antiqua Köln, of which Spering was a member as harpsichordist for several years. Spering is Artistic Director of the Brühler Schlosskonzerte near Bonn, where he established Germany’s first and only Haydn Festival, which celebrated its 10th anniversary in 2018. 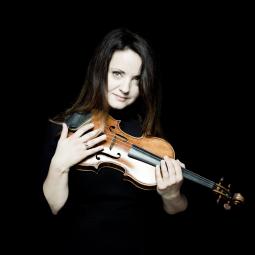 Baiba Skride’s natural approach to her music-making has endeared her to some of today’s most important conductors and orchestras worldwide. She is consistently invited for her refreshing interpretations, her sensitivity and delight in the music.

Baiba Skride is a sought-after chamber musician internationally and commits to the long-established duo with her sister Lauma. She looks forward to the Australian, European and US tours of the Skride Quartet, of which she is one of the founding members. In 19/20, Baiba Skride also performs in duo with Martin Stadtfeld, in trio with Daniel Müller-Schott and Xaiver de Maistre and in quintet with Alban Gerhardt, Brett Dean, Gergana Gergova and Amihai Grosz.

Skride was born into a musical Latvian family in Riga where she began her studies, transferring in 1995 to the Conservatory of Music and Theatre in Rostock. In 2001 she won the 1st prize of the Queen Elisabeth Competition. 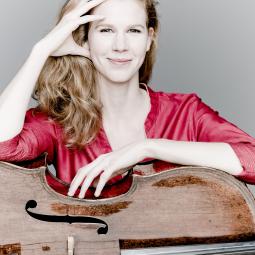 Harriet Krijgh played in the most important venues in Europe, North America and Asia. She has performed with orchestras such as the Deutsches Symphonie-Orchester Berlin, Munich Philharmonic Orchestra, Bamberg Symphony Orchestra and London Philharmonic Orchestra. She is also regular guest at international festivals such as the Heidelberger Frühling, Grafenegg Festival and the Schubertiade Hohenems.

Succeeding Janine Jansen, she led the International Chamber Music Festival in Utrecht for two seasons. Her annual summer festival “Harriet & Friends”, which she founded in 2012 at Feistritz Castle in Austria, was extended by a winter edition for the first time in 2018. 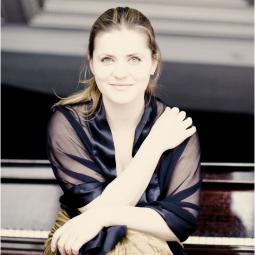 Lauma Skride, who was awarded the Beethoven Ring in 2008, is highly acclaimed for her interpretations of Germanic classical and romantic repertoire. She appears with orchestras such as BBC National Orchestra of Wales, Royal Northern Sinfonia, Hungarian National Philharmonic Orchestra and hr-Sinfonieorchester Frankfurt.

Lauma Skride’s 19/20 season highlights include performances of the Clara Schumann piano concerto at the Gewandhausorchester Leipzig with Andris Nelsons and Royal Stockholm Philharmonic with Pablo Heras-Casado, and of the Beethoven Triple concerto with Anne-Sophie Mutter and Daniel Müller-Schott at the Danish National Symphony Orchestra. She also appears with orchestras such as Kitchener Waterloo Symphony and Prague Philharmonia.

A highly sought after chamber musician, Lauma Skride is one of the founding members of the Skride Quartet. Lauma Skride is also committed to the long established duo with her sister. Other chamber music partners of Lauma Skride include Anne-Sophie Mutter, Daniel Müller-Schott, Sol Gabetta and Julian Steckel, as well as Jörg Widmann, Christian Tetzlaff and the Armida Quartett.

Born in Riga, Latvia, in 1982, Lauma Skride is the youngest of three daughters in a musical family. She began playing the piano at the age of five and was later a pupil of Anita Paze at the Emil Darzin School of Music in Riga. She then studied under Volker Banfield at the University of Music and Theatre in Hamburg.

Anton Bruckner
Symphony no. 2 in C minor
Get to know the piece